hide
hide
No announcements have been posted yet for Independence Pickleball (IPBC).

We have been blessed to have so many new people come to play at the Civic from higher level skilled player to total newcomers to the sport and we hope to continue to grow.

But it seem that only two courts causes some rotational problems. Each night we never know the number or level of players that are coming. SO in order to balance out play it is important that ALL players understand the level of players we have. They range from 1.0 to 4.0 on any given night.

We have tried different ways of organizing the rotation from paddle stacking to charts and now we are going to try a timed PLAY this Sunday for a change of pace. This is an effort to find what works best and to mix up the pickleball adventure. There are multiple ways to rotate players but it's important that we find a fair way for all players to get a chance to play various skilled level players each sessio,  as this is OPEN play. It is also important that SAME skill level  players play each other to meet their enjoyment needs. Not only for social purposes but for competition sake.

The first hour of play we will be playing SPEEDY DILL PICKLE..

Every 12 minutes we will be switching courts.. Winners Stay and split, Loser walk to next court and/or sub out to WAIT their turn. This will accomodate 5 matches to play in that hour..

Ties will be sudden death by RALLY point score.. When time is called the next put down wins.. No matter who is serving next. PLEASE keep the play moving NO stalling tactics.

The SECOND hour of play will be by level ratings.  PLEASE see how to rate yourself in the handouts link of this site. Or go to USAPA.org .. If you need help ask me, I've had many years of evaluating sport skill.. I'll be honest with no nonsense.  PLEASE rate yourself and be honest with your thoughts.. 80% of people who rank themselves rate themselves higher than what they really are. Better to rank low and then if you are continually winnning against these groups then move up.

If we have more open courts that day I'll make a call then and we can split the courts accordingly.

Each court should rotate players in and out.. I ask that you rotate the players evenly and fairly. Don't start a game without a rotation of players on and off your court.. Please DO NOT stoy and rotate the same people without asking if someone wants to join that group.. If you are on the court for more than 3 games straight please share the time and rotate out.

Everyone is here to enjoy the game and the competition..

We are scheduled for 2 hours of play but SOMETIMES we can go longer if courts are not requested by residentsfor their enjoyment.. We want to keep the management happy.

Play fair, Play hard and Share the Joy of the Game..

FOR MORE DETAIL of TIMED PLAY SEE NEXT ARTICLE

Objective: After a set amount of time all players will be rotating and/or splitting in some way at the SAME time..

Here's how it works..

We set the clock for 12 -15 Min.. This seems to be close to the average length of play per game (give or take).. with a 1-2 min break for water sip and switching courts.. The 12-15 minute time may change up or down.. We'll see how it goes this week and make adjustments as needed.

At the end of the time limit. WHISTLE...

Winners stay and split while losers move to next court or to a BYE on the sidelines. And so forth...when the next game is finished winners stay and losers rotate to the next court or BYE and repeat..I hope to have you play a minimum of two games in a row and then a bye game but we'll see what happens..

If an 11 point game ends prior to the timed session.. your group can continue play in two ways...

1. Restart a new 11 pt game until time ends and keep the same partners or

2. Just keep playing to a higher number score ie. 19-10 or whatever.. Just keep score til the timer sounds.then losers rotate.

PARTNERS DO NOT SWITCH... Cause winners stay and loser walk.

Each court makes their own call on what to play from the above options..

If there is a tie = it's sudden death with a one point Rally scoring play.. Whomever has the service at this time will continue to serve. Which ever team wins the rally, gets the point and wins. You don't have to be serving to win this point...

If a game never reaches 11 pts. in the time allotted .. whomever has the highest score WINS. Move on...

Each court monitors their own pacing of play.. If someone is "dragging" and not keeping pace.. in an "adult" manner :) remind them "we are on a timer" We hope to keep the game moving and not have players 'stalling' to win or whatever the case is.. We are not playing league and it is all OPEN play, so they are not winning any prizes here.

Depending on how many players we have per night as well as how many court are available, will depend on how the rotation goes and where the BYE teams sit.

ALTERNATIVE: Play shorter times and games can be played to 7 or 9 pts. or whatever the time allows

Usually we have 2 courts running but numbers are growing and we sometimes can get the facility to open up one or two more courts for a total of 4 courts in the gym...

Depending upon the "local" open gym attendance at the Center.( this is the downfall but at least we have 2 courts regularly to work with.) We hope to overflow often:)

In any case, we hope to run it this week and see how it goes..

When I ran this in my PE classes it worked out very well when playing with partners and/or singles. I had 25-32 students per class moving around 4 courts when playing Badminton and Pickleball and 5 courts of Tennis outside. Because of the number of students we ran shorter 8 -10 minute games so that everyone played at least a few games in that day Depending on what we were working on... Our classes were 50 minutes long and I did this for years and rarely had a problem once everyone understood the rotation method.

It pretty much runs itself.. we just need someone with a timer watch or a LOL 'KITCHEN" timer to set each round.

This is an alternative to trying to keep paddles piles, cards or charts to keep everyone happy and playing. Also it avoid groupies hanging to play each other the 1st hour.

Just another alternative to rotation.. 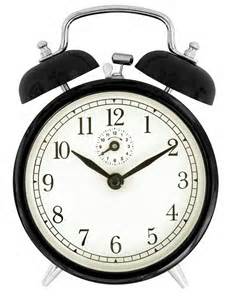 JCC is offering a Winter/Spring League

Prem wrote Smart Pickleball.. The Guru's guide.. Great stuff and great tips.. Get it on your KINDLE App.

Prem Carnot offers clinics, lessons & video analysis for pickleball players of all levels & especially for players of other racket sports who are new to the game. For FREE monthly pickleball tips & to find out what strategy the 2012 National Champion used to make his highly-skilled opponent look like a newbie (that you can use the next time you’re out on the court), go to www.ThePickleballGuru.com/usa

Taking turns or Rotation of players

The attendees are growing just as much as the sport of pickleball is. LOVE IT!. Monday nights seems to be a busy night and with three courts of rotation when available.

We know everyone comes to play but with only two courts at this time we must TAKE TURNS and share.

Suggestions have been made on how to rotate.. There are many ways to do it.  But If it gets out of hand and a court assignment will be designated by me or the leader of the evening.

Higher level players and beginners should mix during the first hour of play. During the second hour it is suggested that the higher 2.5 + level players use the far court and the beginners use the near court. If a third court is available any evening it should be for all players.

If you don't know what level you are see the rating handout in the HANDOUT LINK.. If you need help just ask.

When you are sitting out you should form a "waiting line".. Whichever court opens up first the next two people will fill in.

Winners should hold the court they win on and split. The next two waiting shall join the court spliting the winners.

IF it is a busy night and there are more than 4 players in WAITING....Play a Maximum of 2 games in a row and then sit out. Everyone is waiting and wanting to play. So you may win  2 games but you'll need to bow out for the next one.

Do NOT start a second game with the same set of players unless you have asked for a switch in players that are sitting out. Please do not 'hog' the court. All players should have the opportunity to play at any court the first hour. Especially on a crowded night.

Do not 'set yourself up' for the court you want to play on the first hour when waiting. It is obvious people are doing this.. I want everyone to enjoy their time and with only two courts most days we have to be courtious to all players. Everyone is paying in some way.

Please try not to set yourself up for a specific court to play on during the first hour of play.. This is "OPEN play" everyone should get a chance to play and get a turn.

Again the second hour is for level play.. If you feel you can play up you need to sit or stand by the court you desire to play on and rotate in. Otherwise play on the court of your level.. This is fair to all.

If you have suggestion of rotation please bring them to my attention.. and they will be concidered for future play.

Right now Monday nights has the busiest, followed by Tuesday, Sunday and then Thursday mornings.

I am please to be the coodinator for the group and I am hoping everyone is having an enjoyable experience.

The complaint department is closed during the winter months. 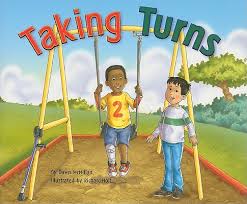